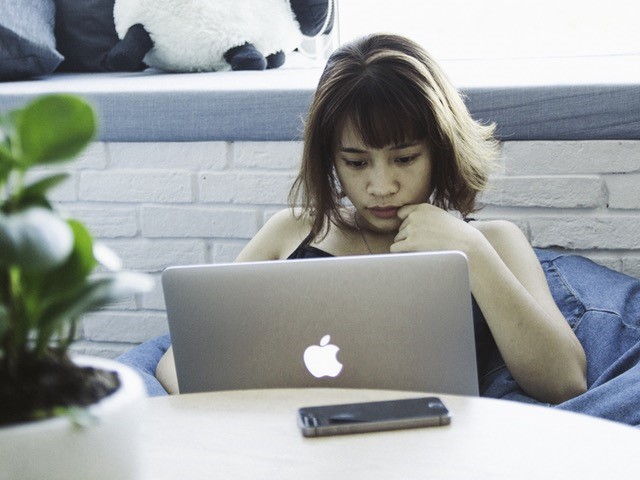 We pride ourselves on being rational creatures. We like to think that we make decisions based on careful observations and logical connections.

The reality, however, couldn’t be further from the truth.

The human mind is the most complex system ever known to men. But, one thing is for sure: it’s not logical. In fact, multiple neuro-marketing studies have shown that the limbic system governs our decision-making process. In other words, we feel first, and then we use logic to justify our decisions.

That can work to your advantage.

In this article, we’ll talk about how to build high-converting landing pages for your physical therapy clinic’s website using psychology tricks.

The Two Systems of Cognitive Processes

One of the mistakes most physical therapists make when designing their sites is assuming that patients will take the time to think their every step. The reality, however, is that people react to certain stimuli that influence their decision making. More often than not, these stimuli have nothing to do with logic.

To appreciate the impact psychology can have when designing your PT’s landing page, you need to understand how the human brain operates. According to researchers, our cognitive processes are divided into two systems.

System 1 is responsible for the fast and intuitive decisions that govern most of our lives. It’s automatic and helps us react to unknown situations fast and effectively. Because the processes are instantaneous, System 1 can often lead to errors.

System 2, on the other hand, is what we call thinking. It’s slow and logic driven. As a result, the chances of making a mistake are significantly lower than in the case of System 1.

Here’s an example to help you understand how the two systems work.

How would you decide which house to buy, which country to move to or which college to attend? These types of decisions require careful examination of the options at hand, so they engage System 2. Sure, you would probably have a gut feeling about which is your dream house, but you wouldn’t buy it without collecting as much information as possible about each option.

Now, which lipstick color would you choose, which cake would you eat, and which seat would you take on the bus? You are not that likely to engage too much power brain when making these decisions.

Your patients aren’t going to make a pro and cons list to decide whether they should choose you over the competition. They’ll make this decision in a split second, and you need to put System 1 to your advantage to engage their emotions and make them feel like you are the right choice for them.

Here’s how to do it.

How to Use Psychology to Create Landing Pages That Convert

1. The Principle of Visual Hierarchy

Imagine that you have five triangles of different sizes and colors. Some are bigger than the others while some are painted in a color that grabs the attention. Would you be able to rate them from the most important to the least important based on just this information?

The chances are you would.

The idea behind the principle of visual hierarchy is pretty simple: some elements of your PT’s landing page are more important than others, so you need to highlight them accordingly. For example, the headline, CTA, and opt-in form are some of the elements you want your patients to notice when landing on your page. Make them stand out. Position the most important elements in a way that makes them visible. Use a different color scheme to tell your patients where to look and what they should do next.

2. The Law of Pithiness

One of the most basic psychology concepts that you can apply to your PT’s landing page is that people crave order. The human brain uses processes known as “heuristic” to make connections with previous experiences and find patterns that could help them solve their problems.

Here’s an example: when we’re confronted with a confusing block of text, our brain tries to recognize patterns and adapt them to what it already knows to fill in the blanks and figure out what the text is supposed to say.

Your PT’s landing page design works on the same principle. If it’s cluttered, confusing, and hard to navigate, your patients will have a difficult time to process and make sense of the information. So, they’ll bounce.

Offer easily recognizable patterns to make it easy for prospective patients to browse the page. Most importantly, arrange information in a simple, intuitive way.

We don’t have to tell you that page load time plays a major role in the success of your landing page. Studies have shown that if a page takes more than three seconds to load, users bounce and then tell their friends about the bad experience they had on your site.

But, have you ever thought about the relation between time and conversion?

Fitt’s law states that the time a user needs to move their mouse to a target area, such as the opt-in form or CTA button, is influenced by the relation between the size of the target area and distance to the target.

Simply put, if you want your patients to schedule appointments with you, make the CTA button on your landing page bigger and place it closer to the starting mouse location. On the other hand, if you want to reduce the number of people who unsubscribe from your mailing list, make the Unsubscribe button smaller and place it as further as possible from the expected mouse location.

4. Leverage the Psychology of Pain

Pain can be an excellent motivator. People are willing to go to great lengths to avoid feeling pain. It sounds pretty obvious, but understanding how to leverage the psychology of pain on your PT’s landing page can boost your conversion rate significantly.

Think about what your prospective patients want to avoid. Use cues to make them remember the pain they feel, and they’ll automatically start looking for a solution.

Pinpoint to your audience’s problems by highlighting the way they might feel. Example: “Do you suffer from debilitating back pain?” Use supportive copy and imagery (a person unable to stand straight because of pain) to evoke the agony. Offer a solution and place it above the CTA button – schedule an appointment with one of your amazing physical therapist.

In a 1969 experiment, psychologists had a man stand on the busy streets of New York City and look up at the sky. People would walk past him without paying too much attention to what he was doing. But, when the number of starring people grew to five, pedestrians started to notice them and even join them. They would look up in the air, trying to see what the five men were seeing. When the researchers increased the number of starring people to 18, they noticed a 400% increase in the number of people who joined them.

The main takeaway: we like to consider ourselves special. In reality, however, we don’t like to feel left out, so we tend to mimic what other people are making. Hence, the more people looked up to the sky, the more pedestrians joined them. This action made them feel as if they belong.

Now, imagine that a prospective patient lands on your page for the first time. He’s curious about your services, and he thinks that you could help him solve his problems. But, he needs proof that his decision is correct. Just like the people in the experiment, he wants to see other looking up at the ski before he does the same. By telling them that over 50.000 happy patients have chosen your physical therapy, he will be more likely to join the community.

6. The Principle of Reciprocity

Have you ever heard of “You scratch my back, I’ll scratch yours?” That’s the idea behind reciprocity, one of the six principles of persuasion enunciated by Dr. Robert Cialdini.

When someone offers us something or does something nice for us, we usually feel obligated to return the favor and pay our debt. For example, if a friend buys a beer, we want to do the same thing for them so that we don’t feel that we are in debt.

To apply this principle to your PT’s landing site, you need to determine first what action you would want your prospective patients to take. Do you want them to schedule an appointment with you, download your eBook, share the information or simply sign up for your newsletter?

Now, that you’ve identified what you want, determine what you can offer to your prospects in return for this action (a discount, access to exclusive information, etc.)

Keep in mind that the principle of reciprocity can work even if you don’t offer actual commodity. The promise of a pain-free life, for example, can convince prospective patients to give something in return.

Understanding how the human brain works and what triggers people to choose one thing over the other can give you an excellent competitive advantage. Psychology has a great impact on the way people interpret the world. When used properly, it can turn your physical therapy’s landing page into a lead generating machine.

If you need help designing a landing page that converts prospects into patients, then take a look at what PatientSites can do for you. We can help you create landing pages that not only stand out from the crowd but can also generate new patients.

Thank you for signing up.
You have been added to our newsletter list.
Submit
Request an Appointment
Close x

Your message was successfully sent. Thank you for your time.